PRNewswire/ — The report “Rare Earth Metals Market by Type (Lanthanum, Cerium, Neodymium, Praseodymium, Samarium, Europium, & Others). In addition Application (Magnets, Metals Alloys, Polishing, Additives, Catalysts, Phosphors, & Others) – Global Trends & Forecast to 2018. It’s defining and segmenting the global rare earth metal market. All with analysis and forecasting of the global volume and revenue. So the rare earth metals market demand grew at a CAGR of 9% from 2013 to 2018 reaching 192,000 tons.

Most noteworthy folks, rare earth minerals are widely used in things we use every day. Such as tablets, devices and cell phones.

As reported before, Americans educated on the benefits of recycling bottles, cans and paper. However the same can’t be said of electronic devices. Proliferating new cell phones and tablets has led to a growing glut of “e-waste” piling up in people’s homes, as well as a lack of understanding about what to do with broken, unwanted or outdated devices.

According to a survey released by ecoATM, (www.ecoatm.com), the nationwide network of automated electronics recycling kiosks, 57 percent of American device owners have idle cell phones in their homes, yet only 22 percent state they have before recycled cell phones they no longer use.

“Electronic waste is the fastest growing segment of our waste stream, and it’s a problem that’s only getting worse as more and more new phones and tablets are coming to market each year,” said Mark Bowles, founder and Chief Marketing Officer of ecoATM.

The Rare Earth Metals Market driven by factors such as high demand in the current and emerging applications, increasing demand of clean energy, and initiatives taken by governments and associations.

The rising demand for clean technology is also a driving reason for the rare earth metals market.

Cerium oxide used in almost all the applications in significant quantities. Hence, it holds the largest market share among the rare earth metals. That’s with almost 40% of the total demand in 2013 alone. After cerium oxide, lanthanum oxide captured a greatest share of around 23.8% in 2013. Also, Lanthanum oxide is widely used in almost all industries. Tech like green technology and automotive. Also general industries such as electronics, constructions, and others.

So the report forecasts volume and revenue of the global rare earth metals market. They do this with respect to main regions. Such as North America, Europe, Asia-Pacific, and Rest of the World. Therefore, major countries such as China, U.S., Canada, Brazil, and others analyzed. 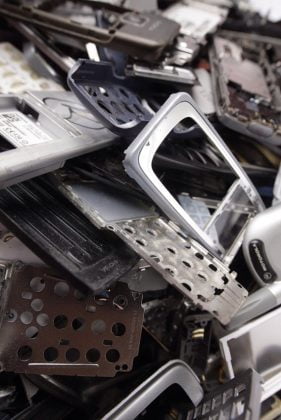