California’s long-standing issues with water conservation frequently consume the news and media. The coastal state experiences extended drought periods that place humanity and the local ecosystem in danger. To protect the people and the land, California began sourcing water from the north through longitudinal canals.

The entire country relies on the functions of these canals to support adequate crop yields and economic growth. These waterways sustain all life in this arid region. Recently, scientists discovered a way to maximize the water transportation of these canals while supporting ecological conservation.

To understand the advancements to waterway outputs, we must first evaluate the conventional functionality of the California canals. 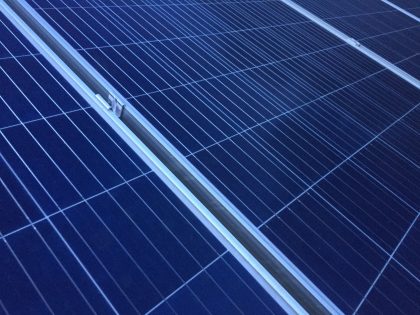 The Importance of California’s Canals

When you purchase fruits and vegetables in your local grocery store in the winter, they usually display a sticker that says, “Made in California.” Without the state’s canals, we would have limited access to this produce. Additionally, even the cotton used to craft American-made t-shirts comes from California. Whether or not we are aware of our reliance, these canals are an essential part of all of our lives.

Fossil fuels create most of our power in the U.S. Companies burn petroleum, coal, and natural gas to generate electricity and additional forms of energy. As a result, they release greenhouse gases into the environment, creating problems for life on Earth.

When greenhouse gases invade the atmosphere, they absorb the sun’s energy and convert it into heat. The planet needs a specific amount of warmth to survive, and too much heat will create adverse effects. Human-induced greenhouse gases trap heat in the environment, leading to a rise in the global temperature. The heating of the planet will cause changes in the climate that may affect our water supply.

The Problem With the Canals

As global temperatures rise, it increases the rate of evaporation. When the air takes up more water, it contributes to more precipitation. The problem here is that California will remain a drought-ridden state, while places like Texas and Florida will receive more rain than ever before. This displacement of water creates even more significant issues for California’s agricultural industry.

Currently, the canals lose up to 1,716 millimeters of water per year through evaporation. That number will increase as the planet’s temperature rises. With less water flowing through the canals, farmers will have difficulty meeting the produce demands of Americans.

California engineers developed a solution to these issues with the canals. In fact, they plan to place solar panel coverings over the top of the waterways to reduce sun exposure.

Sun and heat contribute to the extensive evaporation rates experienced by the canals. The solar coverings can save 63 billion gallons of water every year by protecting against evaporation. They can also reduce the photosynthesizing process that aids in aquatic weed growth.

Individuals must extract the previously present weeds to prevent further damage. Decaying plant matter can cause bacteria formation and other issues. The state can repurpose the removed organic matter to support the agricultural industry as compost, livestock feed, or organic fertilizers.

Furthermore, solar coverings can provide large quantities of renewable energy to the state of California. By 2030, the state strives to source 50% of its energy from renewable sources. Moreover, the waterway coverings can help California reach its goals for sustainability.

The Future of Renewable Energy

Solar canal coverings open doors to new renewable energy possibilities. The renewable energy industry grew 48% in the past decade, so we can expect to see the covering technology implemented into new structures in the future. We may see floating solar panels in the ocean instead of traditional solar farms to protect the environment further.

Additionally, you can even utilize this technology now by installing a solar pool covering in your yard. These devices harness the sun’s energy to heat and protect the water. As we can see, the renewable energy industry is constantly changing and helping society shrink our collective global footprint.

To learn how solar panels can save you money,  read this post.

Author bio: Jane is the Editor-in-Chief of Environment.co and an environmental writer covering green technology, sustainability and environmental news.