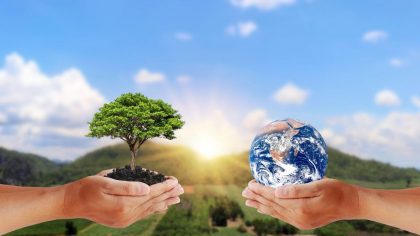 The influence of religion on environmentally relevant behaviors cannot be undermined. Over the years, research has found links between religious faith groups influencing lifestyles that ultimately affect the environment.

However, this doesn’t mean faith groups haven’t done their part in conserving the global environment and changing their communities for the better. Therefore, in this article, we’ll be discussing the 10 Ways Faith Groups are Combating Global Environment.

So, if you’re in for a fascinating read, keep on reading!

Religious groups all over the world have raised awareness regarding the climate change crisis. This is largely influenced by the fact that most religions have holy texts that stress the importance of protecting God’s creation and nature and rushing to help those in need.

As the world becomes vulnerable to harsh climates that affect lifestyles and nature, religious groups have rushed to combat the crisis.

3. Making Pledges to Change the World for Better

Just a few years ago, thousands of people from the American clergy related their holy texts with creation care by using the material provided by the National Council of Churches Eco-Justice Working Group. The group has also been active in support of racial justice and created women’s ministries.

Moreover, thousands gathered last year to commit to the year-round Earth Day Network to raise awareness about climate-changing crises among the population to influence people to take actions to conserve the environment.

Muslims from Washington D.C to Chicago gather for shared lunches that promote sustainable lifestyles as an important part of practicing faith. Moreover, Muslims from all over the world have adopted hosting eco-friendly meal functions. In 2018, A group of Muslims in London organized a green iftar without the use of plastic materials, food waste, and meat.

Many Christians have played their part by reducing global warming through keeping ”carbon fasts” and also adopting other sustainable ways of living. Other steps they’ve adopted include carbon-neutral church halls, recycling candles.

Denmark has also started a Green Church scheme where churches, in order to participate, have to meet 25 out of the scheme’s 48 criteria that include sustainable practices such as composting organic waste, holding meetings through social media to reduce travel, and reducing energy consumption. 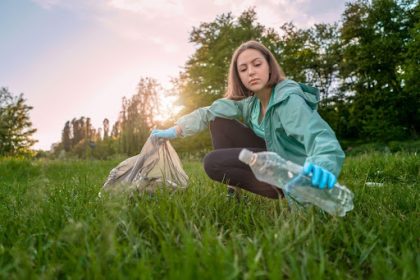 5. Giving Back to Their Communities

Faith Groups around the world have made various efforts to give back to their communities. Particularly by lending a helping hand to those in need. During the Covid-19 pandemic, churches helped people file for coronavirus’ aid checks and also turned a church’s parking lot into a tent camp for the homeless.

Moreover, some faith groups have made the most of digitalization by collecting charities and crowdfunding online. For example, Givelify is a Christian app for nonprofits and churches to collect donations online. Moreover, an Islamic application, Muslim Pro, collaborated with UNICEF and Indonesia’s Islamic philanthropy organization to support underprivileged children’s right to education.

Different faiths have formed green groups whose focus primarily remains on reducing the threat faced by climate change. For example, Hindu Groups have been working towards cleaning the Ganges and Yamuna rivers in India. The Ganges is claimed to be one of the world’s most polluted rivers.

Additionally, there are Muslims residing in sub-Saharan Africa who farm for a living. Moreover, they face a dangerous threat to their farming land and food security due to harsh climate. In 2014 they developed a training program to move towards farming in eco-friendly ways.

Many mosques, churches, and temples have developed sustainable designs to help conserve the environment.

According to Interfaith Power and Faith, more than 3,400 faith leaders came together to urge the United States Congress to act on climate change, justice, and jobs by writing a letter to Congress. The letter said:

“It is the moral responsibility of our nation and our sacred task as people of faith to care for our neighbors, our common home, and protect our children’s future. We must work for environmental justice and public health and address the climate crisis.”

The leaders also voiced their support for a rapid economic recovery and a welfare package that will produce jobs while caring for mother earth.

Ahead of the 2015-2016 Paris Climate Change Conference, an Islamic Declaration on Global Climate Change was formed in Istanbul, Turkey. It aimed to educate Muslims all over the world on how to tackle climate change. The declaration was based on an environmental framework based on principles within Islamic.

9. Advocating for the needy: forests, ecosystems, and animals

Restoring Eden is a Christian Grassroots environmental ministry. They work together with populations to be a voice for the environment and others who depend on it. The ministry advocates for natural habitats, wild species, and indigenous subsistence cultures by raising awareness.

Floresta Tanzania is a Christian NGO that works for environmental crises, economic poverty, and spiritual hunger. And also have a plantwithpurpose program to sustain natural resources.

There is no doubt that faith groups work to sustain the environment and help the underprivileged. Religion influences many lifestyles and practices around the world. With their help we can achieve a healthy environment for everyone. It’s about working together and practicing what’s needed urgently – sustainability. 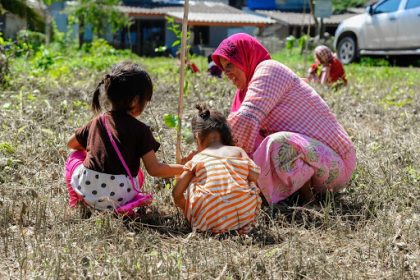 Ashir provides ghostwriting and copywriting services. His educational background in the technical field and business studies helps him in tackling topics ranging from career and business productivity to web development and digital marketing. He occasionally writes articles for Muslim & Quran