So let’s really talk hybrid cars and gas mileage.  One of the most difficult questions regarding environmentally conscious living is “What can I do to reduce my carbon footprint?” It is very important for us on a personal and global level to reduce carbon emissions and decrease our reliance on fossil fuels. There are many alternatives: using public transportation, buying organic foods instead of GMOs, and switching to energy-efficient light bulbs, to name a few.

However, we often forget about our cars; we take them for granted because we’ve had them for years without thinking too much about them. Not only do they contribute greatly to pollution but also they waste money that could be spent towards other better causes. Fortunately, there are green cars out there that not only keep you safe in your daily commute but also help reduce gas emissions and decrease our reliance on fossil fuels. Here are some of the green cars with the best gas mileage. 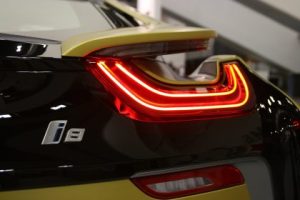 The Honda Civic is one of the best-selling cars in history and has also been rated as one of the most reliable. The 2016 model brings you great gas mileage at 40 mpg combined with amazing features like push-button start.  In addition to an integrated rear camera, driver’s blind spot camera.  Moreover heated front seats, navigation system, power sunroof, and much more.  All of which you can find more at this Honda dealership site that offers both new and pre-owned cars. A new feature that Honda has recently added to their cars is the addition of smart technology, sensors, and cameras that detect when you’re about to hit something whether it be another car or an animal on the side of the road. It will put your hazard lights on, lock your doors, and shut off your engine until whatever it is passes.

The Toyota Prius is a hybrid car that gets at least 50 mpg. It was first introduced to the market in 2000 and since then has been a favorite for many drivers looking to reduce their footprint. There are 5 different trims available: Two-, Three-, Four- and Five- (highest). There’s also an Eco trim for those who like driving hybrids or want to take it one step further and care about fuel economy.  I mean as well as carbon output. Some other features included with each trim level include automatic headlights.  Also front and rear windshield wipers.  Finally adjustable touch lighting, and automatic climate control. A new feature for the 2016 Toyota Prius is the addition of smart stop technology which automatically turns off your engine when you come to a complete stop to save gas.

Photo by Oliver Augustijn on Unsplash

The Ford Fusion is the perfect green car for serious commuters who want to reduce their carbon footprint and save money on gas at the same time. This car has a 1.6 liter, 122 horsepower engine with an average fuel economy of 47 mpg. It also comes with many great standard features including power windows, air conditioning, 60/40 folding rear seats that allow you to transport large items if necessary, automatic wipers, etc. This car is also a great choice for commuters because it has plenty of trunk space for transporting groceries or whatever else you might need on your commute.

The Volkswagen Jetta is an energy-efficient vehicle that gets at least 45 mpg. It has many features that make driving safe and comfortable for you including an excellent safety rating, backup camera, Bluetooth capability, remote keyless entry, etc. This car is also perfect for commuters because of the great gas mileage it provides as well as the spacious trunk space where you can store your belongings or groceries on your way home from work. Besides, the design of this car is sleek and modern with an elegant gray exterior paint job.

The Hyundai Sonata is an upscale car that drives nicely and smoothly. It has a 2.0 liter, 147 horsepower engine that helps you save money on gas as well as provides great performance. Some features included with this car include cruise control, push-button start, automatic headlights, rear camera for parking assistance, heated front seats, and much more. These features promote it as a  great car for both commuters and long-distance drivers. With all of these great features, the Hyundai Sonata is one of the best cars to buy if you’re looking to save money for gas for your commute. Not only will it reduce your footprint by saving the planet but it will also save you some cash too!

As you can see, owning a green car that provides the best gas mileage certainly has its benefits. It’s not only good for our health (and thus our children’s) but also for the environment in general. By doing your part to reduce pollution and carbon emissions, you’re helping create a better world for us all while also saving money on gas at the same time!