The oil and gas industry is one of the largest sectors in the world. It plays a significant role in the global economy, as these commodities are two of the world’s primary energy sources. Producing and distributing oil and gas is highly complex, capital intensive, and dependent on state-of-the-art technologies.

However, the industry has faced controversy regarding how those wells may impact human health. Many groups across the country advocate for a transition to renewable energy, as fossil fuels are finite resources and may harm our well-being.

Here’s how some cities are handling resident complaints and how oil and gas may be impacting human health. 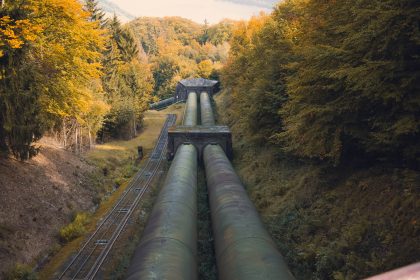 Effects of Oil and Gas Production

There were over 1 million active oil and gas wells in the United States in 2014. That number decreased to 936,934 in 2020, mainly due to lower oil prices and less rig activity.

This shows how reliant we’ve become on using oil and gas to power our world. The International Energy Agency reports that total indirect greenhouse gas emissions (GHGs) from these operations reached 5,200 million tons. Additionally, methane, a more powerful GHG, is the largest component of these greenhouse gasses.

Generally speaking, increased levels of GHGs entering the atmosphere are major factors contributing to climate change. There’s little dispute about the methane emissions released by the combustion of fossil fuels, including oil and gas.

These are some of the main controversies the oil and gas industry is facing:

These potentially hazardous situations beg the question: Is oil and gas production impacting our health if we know it’s negatively impacting the environment? 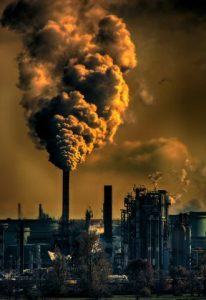 What about outdoor air quality? If outdoor air is polluted, it can cause eye, throat or lung irritation, chest tightness, and coughing. Currently, the long-term health effects of outdoor air pollution are being studied.

Extracting and transporting oil and gas poses significant safety risks, mainly because of the chance of leaks. They pollute oceans and freshwater sources and ultimately threaten human health.

Consider the hundreds of chemicals and pollutants associated with oil and gas production. Contaminants can enter human airways and cause physical distress, such as coughing, wheezing, chest pain, and shortness of breath. They can also prompt asthmatics to have more frequent asthma attacks.

According to a CNBC report, more than 2 million California residents live within 2,500 feet of an active oil and gas well. Pumpjacks are near active schools, playgrounds, and public parks, and at night, the sky in these areas is lit orange from refinery flares.

One predominantly working-class and Latino immigrant community in Wilmington, California. Communities for a Better Environment found that the Wilmington population has some of the state’s highest asthma and cancer rates.

There are currently six oil refineries located in Wilmington. People who live near oil and gas wells are exposed to harmful chemicals and pollution, which may increase the risks of preterm births, respiratory disease, asthma, and cancer.

Orphaned and abandoned oil and gas wells are also located nationwide, from Alaska to New Mexico to New York. According to the Natural Resources Defense Council (NRDC), these facilities are dangerous polluters. Even small leaks can adversely affect the environment. For example, when these wells emit methane, they can pose major health hazards to residents.

The Biden administration is looking at the oil and gas industry to solve some of these issues that may impact human health. Moreover, there’s $16 billion in funding in Biden’s Build Back Better Plan to manage and secure these abandoned wells, and this comes with two pros: a healthier environment for all and job creation.

Based on anecdotal evidence and the understanding that chemicals and pollutants reside in oil and gas wells, it’s clear that these energy sources can certainly be linked to chronic health issues.

However, more research is needed to identify how oil and gas wells or refineries directly affect human health. Regardless, a transition to renewable energy could help keep us healthier and phase out fossil fuels.

Jane is the Editor-in-Chief of Environment.co and an environmental writer covering green technology, sustainability, and environmental news.