I really do like this car. No kidding. It’s a smaller mid size Chevy. But bigger than the original Chevy Bolt! Also I don’t worry ever about range with this thing! I mean ever! It’s like a step closer almost to an Equinox! Wow!

As I wrote about this before:

Drive and (L) modes use regenerative braking to capture otherwise lost energy when the vehicle is coasting or decelerating. This is possible without even using the brake pedal. It then sends that energy to the battery pack. Love that!

HD surround vision: Uses multiple cameras to display a digital overhead image of the area around your vehicle along with Rear Vision Camera or front views. This feature works at low speeds and may help you park and avoid nearby objects.

Works with Forward Collision Alert to help you avoid or reduce the severity of a front-end collision. That’s with a detected vehicle you’re following. This feature works only at speeds below 50 mph!

The Bolt EV has led the charge in putting more drivers in electric vehicles. Since its market introduction in 2017, global sales have topped 100,000. It has also generated some of the best satisfaction and loyalty ratings in the industry. Also here’s my full walkaround of the car. 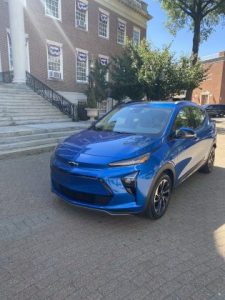 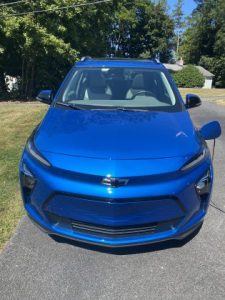 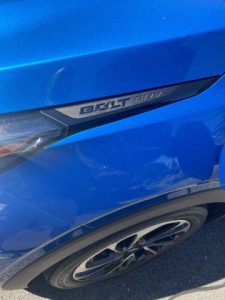 Better Lines plus Bigger than a Regular Bolt

Distinguished by unique exterior designs aka new lines. Also including an SUV-like proportion for the new Bolt EUV. So it’s getting closer to that Equinox as I said before!!

Then each (regular Bolt and an EUV) is propelled by the proven technology.

The Bolt EV has led the charge in putting more drivers in electric vehicles. Since its market introduction in 2017, global sales have topped 100,000. It has also totally generated best satisfaction and loyalty ratings known in the industry. In the U.S., three-quarters of Bolt EV buyers are new to GM.

This new Chevy Bolt EUV is the best of the Bolt. Yet it’s EV packaged like an SUV type vehicle. That’s even with more technology and features. Therefore it’s giving customers more choices. Moreover and more reasons to switch to electric.

This is the time that Chevy should stick with a model of a car and grow it hard. This is the start of that expansion of the brand. Don’t kill this one! 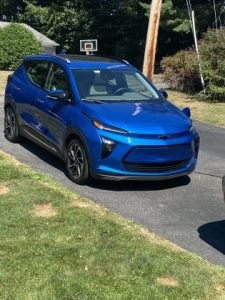 So the starting price for both vehicles is less than the 2021 Bolt EV. The 2022 Bolt EUV is priced from $33,995 (including destination freight charge). Also the 2022 Bolt EV starts at $31,995 (including DFC). That’s before any available state, local or utility incentives. Both started to be available this summer.

They also lowered Chevy Bolt EUV’s base price by more than $5,000 from the 2021 model. Thereby proving our commitment to make EVs attainable for everyone! 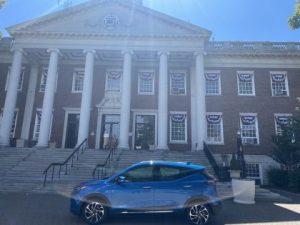