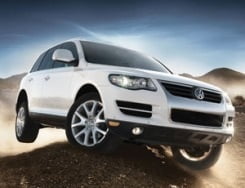 WASHINGTON – Today the U.S. Environmental Protection Agency (EPA) released a letter sent to vehicle manufacturers notifying them that the agency is adding to its confirmatory testing additional evaluations designed to look for potential defeat devices.

These cars contain software that turns off emissions controls when driving normally, and turns them on when the car is undergoing an emission test.  Known as a “defeat device,” this design feature results in the cars emitting up to 40 times the amount of NOx emissions that the standards allow.  NOx standards are in place to ensure public health is protected.

EPA’s notice of violation, along with an In-Use Compliance Letter that the California Air Resources Board issued, provide information and details relating to the VW violations:

View a pdf of the Notice of Violation here:

For more information on EPA’s recent action, as well as information for owners of the affected vehicles, visit http://www3.epa.gov/otaq/cert/violations.htm