So let’s rank air quality in the 30 most polluted cities! New Data Ranks Health Threat in Cities from Worst to Best  For in GOLDACH, Switzerland and on Feb. 25, 2020 in PRNewswire. They report air pollution continues to pose one of the biggest threats to human health. All with 90% of the global population breathing unsafe air. The latest data compiled by IQAir. It’s published in the 2019 World Air Quality Report and online most polluted cities ranking. One reveals the changing state of particulate pollution (PM2.5) around the world during 2019. The new dataset highlights elevated air pollution levels. All as a result of climate change events.

That’s such as sandstorms and wildfires, and pollution. For it gains from the rapid urbanization of cities. Especially in areas such as Southeast Asia. While some achievements have been made in air quality monitoring infrastructure globally, there are still huge gaps in access to data around the world. 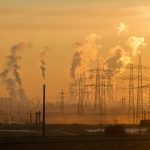 Key findings from the report include:

1. In China: Chinese cities achieved a 9% average decrease in PM2.5 levels in 2019, after a 12% decrease in 2018. Still, 98% of cities exceeded WHO guidelines and 53% of cities exceed China’s less stringent national targets. In the last decade Beijing has more than halved its annual PM2.5 levels. This year, Beijing dropped out of the ranking’s top 200 most polluted cities.

2. In South Korea: South Korea was the most polluted country for PM2.5 among the OECD during 2019. Air quality levels in key cities have remained relatively stagnant over recent years.

3. In India: Whilst cities in India, on average, exceed the WHO target for annual PM2.5 exposure by 500%, national air pollution decreased by a remarkable 20% from 2018 to 2019, with 98% of cities experiencing improvements. These improvements are believed to be largely  a result of economic slow-down.

5. In Southeast Asia: In a historic shift reflecting the region’s rapid industrialization, urban hubs Jakarta and Hanoi overtook Beijing for the first time, among the world’s most PM2.5 polluted capital cities.

6. Wildfires and open burning agricultural practices had a major impact on the air quality of cities and countries around the world.

7. Desertification and sandstorms play a big role in poor air quality. Especially in the middle-east and west China.

So 2019 air quality data shows clear indications that climate change can directly increase the risk of exposure to air pollution. All through increased frequency and intensity of forest fires and sandstorms. Similarly, in many regions the cause of ambient PM2.5 pollution and climate changing greenhouse gases are linked. Namely the burning of fossil fuels, such as coal. Therefore, urgent action is needed. Especially to tackle these emission sources, to protect public health and ecosystems.

In conclusion, IQAir AirVisual is a global air quality information platform. One operated by the IQAir Group. By aggregating and validating air quality data from governments, private individuals and non-governmental organizations.

Finally, IQAir AirVisual aims to provide global and hyper-local air quality information. Data that allows individuals, organizations and governments to take steps that improve air quality. Moreover in communities, cities and countries all over the world.