Over the last three years, electric vehicle sales in the US have been steadily increasing. But, only adding a small number of new buyers every year, according to the Electric Drive Transportation Association. In Europe, meanwhile, countries like Germany have seen numbers stagnate. One of the biggest issues facing the wider uptake of electric cars is the still-lagging battery technology.

If engineers could increase batteries’ energy storage capacity and decrease the time needed to charge them, the lithium-ion batteries used in modern electric vehicles would become much more efficient. This improvement is just what the University of Limerick (UL) in Ireland is targeting. Researchers there are working with the elements germanium and silicon, which they say could double battery life even after being charged and discharged more than 1,000 times. 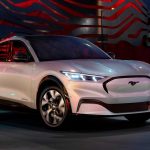 Everyone’s saying it: The future of driving is electric. The big-name car companies have plans to start giving Tesla some tough competition. Jaguar’s I-Pace electric SUV will be on sale soon, and Porsche is teasing a new concept Mission E Cross Turismo, which looks like an SUV’d Panamera (in a good way). And normal cars for regular people are going the same way. Combined, Ford and GM plan to offer 34 full electric models in the next five years.

Columbia University Reports about the electric Vehicle Market too. They added the following.

Many countries are now banning new vehicles that run on fossil fuels like gasoline, diesel or liquefied petroleum gas. Germany, India, Ireland, Israel, and the Netherlands have announced plans to ban fossil fuel cars starting in 2030. Britain, France, Taiwan and California will ban them in 2040. Finally and Norway in 2025. In conclusion, Paris, Rome, Madrid, Athens and Mexico City will ban diesel vehicles in 2025.

For the entire article from Txchnologist, February 25th,2014 | by Jonathan Keane