On the surface, e-cigarettes, often known as vaping, appear to be a feasible alternative to regular cigarettes. Rather than generating smoke, e-cigarettes produce a vapor that companies promote as a solution for smokers to cut down or quit. Vape shops even advertise their product as “safe,” or at the very slightest, “less hazardous” than smoking cigarettes.

Vaping degrades Indoor Air Quality. Is it, however, genuinely secure? We would say No, according to studies on the impact of indoor air quality. Visit greenlivingguy.com for unique green living products. 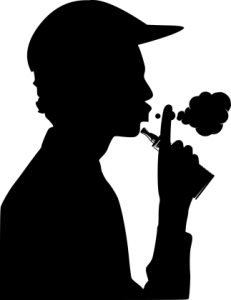 What Are E-Cigarettes, Exactly?

If you’re unfamiliar with the term, e-cigarettes are smoking devices that use flavored liquid cartridges instead of tobacco leaves. Instead of smoking a rolled-up cigarette, the individual will use their e-cigarette to heat the cartridge liquid, emitting vapor rather than smoke if you are looking for flavored liquids, e-liquid available here at the cheapest range.

These solutions often contain nicotine, the addictive ingredient found in cigarettes, just like traditional cigarettes. Even though makers and retailers have worked to separate e-cigarettes from traditional ones, hundreds of municipalities have prohibited them from “smoke-free” areas, and data shows why.

What Does Vaping Emit Into The Air?

E-Cigarettes have come under fire from health professionals for various reasons, the most serious of which is the hazardous secondhand smoke they produce. There is no secondhand smoke with e-cigarettes, but there is vapor. This “vapor,” contrary to popular belief, isn’t just harmless water vapor.

Instead, the “vapor” is made up of nicotine and other toxins that have been linked to cancer. The components of the vapor have been shown to contain ultrafine particles that are more concentrated than those found in cigarette smoke, according to studies. Formaldehyde, Nicotine, N-Nitrosonornicotine, Benzene, Toluene, Isoprene, and Propylene Glycol are particles found in secondhand vapor.

Various experts may point out that propylene glycol, for instance, has been allowed by the FDA for use in some products, but it is not approved for vaporization. According to some research, heating changes its chemical makeup and produces propylene oxide, a recognized carcinogen. Asthma and other respiratory problems might worsen these particles and even restrict arteries, potentially causing a heart attack.

Is it true that vaping harms indoor air quality?

The answer is pretty simple. Vaping has an impact on indoor air quality. If you vape or allow others to vape in your house, your air ducts may become damaged over time, affecting your air quality. Manufacturers would like you to believe that vaping is harmless, and you should do everything you can to restrict your exposure.

Many of us are aware of the results of letting others smoke in our homes, but we may be less familiar with the risks of allowing others to vape in our homes. When tobacco products are smoked indoors, nicotine and other chemicals settle on surfaces, forming dangerous thirdhand smoke. Similarly, when vaping indoors, nicotine-containing vapor settles on surfaces and produces a harmful deposit, similar to tobacco products. Electronic nicotine products, such as e-cigarettes or “vapes,” are prohibited within the home to avoid the accumulation of hazardous aerosol residue.

There are numerous reasons to stop smoking. Health benefits, a safer living environment for your family, financial savings, and increased respect among friends, coworkers, and society are just a few of them. 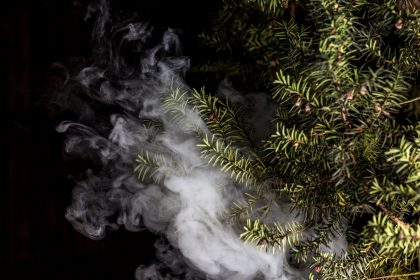 There are more than a third of a dozen deaths linked to vaping. The health and addiction risks of e-cigarettes are getting a lot of attention. E-cigarettes and throwaway vape pods, on the other hand, can be harmful to the environment.

When it comes to emissions, e-cigs come out on top. E vapor is far cleaner than tobacco smoke. However, as compared to the amount found in cigarette smoke, they are minimal. Professionals are linking heavy metals, carcinogens, and other harmful compounds in vapor-specific investigations. E-cigarettes cause indoor air pollution and poor indoor air quality. According to the Annual Review of Public Health Journal, high levels of indoor air pollutants created by electronic cigarettes necessitate preventative steps to preserve public health.

People do frequently disregard one factor. We often overlook the fact that cigarettes harm more than just humans. They have a tremendous negative impact on our environment. If you’re one of the many who understands how important the environment is and how it directly affects them, show your concern by quitting. If you’ve already done it with vaping, you might be wondering how safe your new habit is in your current location.

Are Electronic Cigarettes Safe for the Environment?

According to research, vaping aerosols are unsafe. Especially for persons nearby who live in places with limited ventilation or have health problems. Furthermore, professionals are linking e-juice liquids to an increase in children’s accidental poisonings. The extent of health and safety risks vaping poses to nonusers is unknown. Therefore, it’s prudent to supervise and control vaping in public areas.

If you’re concerned about the effects of your vaping on others, the best approach to protect them is to stop vaping. However, we understand that quitting isn’t easy and isn’t always a viable option for everyone.

Even if you aren’t ready to give up, you may take steps to reduce the risk to others.

If you’re going to vape, do so in the fresh air. You should not vape at home or in the car. Doing so keeps dangerous components out of the air and off surfaces inside. That prevents others from inhaling smoke or coming in contact with them on surfaces.