Vermont is phasing out fluorescent tube lights over LEDs. Vermont is doing this because it reduces costs, greenhouse gases and mercury pollution. The price per bulb are a little more expensive then fluorescent bulbs in residential living ($1.18 extra).

But in commercial living it is two dollars cheaper. The lifetime in the bulbs are almost doubled, and the watts that come out of it are double compared to fluorescent bulbs. 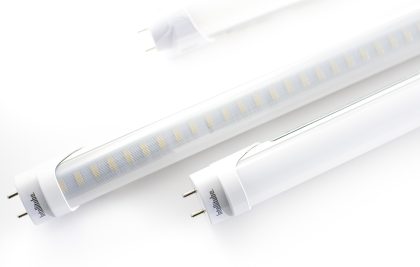 In these bulbs there are no mercury which is the best first start. For if these bulbs drop no contamination!

Signed by Governor Phil Scott on May 19. That’s Vermont’s law will end the sale of four-foot fluorescent tubes by 2024. California lawmakers are also considering enacting similar legislation this year. Finally and other states may do so when their legislatures reconvene in 2023. (In Rhode Island, one chamber passed such a bill this year.) So let’s vote out fluorescent!

The four-foot tubes at issue in the Vermont law are often found in commercial buildings and in some kitchens, basements, and garages. They are the most common type of linear fluorescent light, representing about 90% of installations.

Though fluorescent bulbs were once considered an efficient option—at least in comparison to incandescents—great advances in LEDs in recent years have dulled their shine. A recent study we co-published comprehensively shows that LEDs are now available in all needed shapes and sizes—and they cost less to own and operate than fluorescents. That’s great news, because the LEDs use about half as much energy—which means they have lower greenhouse gas emissions—and don’t contain the toxic mercury that fluorescent bulbs do.